We are happy to get to know about another great initiative: Archives Antarctiques Belges – Belgische Antartic Archives (AABBAA)! The main goal of this non-profit organization is to collect all available documents and objects linked to the history of Belgium in Antarctica.

The very first evening conference from AABBAA was organised on 21 March with the theme “Belgium and Antarctica… Researchers’ views”! The conference began with an introduction of AABBAA and its importance in Antarctic research, followed by our introduction of APECS and APECS Belgium 😀 It was a great pleasure! Click below for a short report.

A detailed explanation of protected areas in Antarctica was given by Mr. François André (DG Environment). More information can be found in Antarctic Protected Areas Database.

Mr Jean-Jacques Derwael (UA) kept the spirit of the audience up with his humorous sharing of Belgian expeditions to Antarctica in the past. Since you are here, why not check out the beautiful drawings from Belgian expedition led by Adrien De Gerlache here.

Next up was Dr. Vinciane Debaille (Free University of Brussels, ULB) who shared their experience in collecting meteorites in Antarctica. They found an 18 kg rare meteorite together with 3 other Japanese researchers and decided to donate the meteorite to the Natural Sciences museum for the public instead of using it for science. I thought it is an amiable gesture which is very much appreciated. More details in this interview. 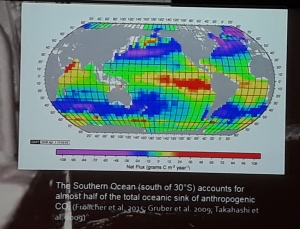 Dr. Bruno Delille (University of Liège) expressed the importance of Southern Ocean as a carbon sink and how they conduct studies on carbon flux in Antarctica.

I appreciate that initiatives like AABBAA are making the effort to reach out to public about the importance of polar regions. It is not only the polar regions which are vulnerable to global climate change due to human activities, we are all connected. Perhaps if we all start small by seeding the idea to the mind of public, we could achieve the butterfly effect in the future 🙂

It is awesome that AABBAA has taken its first step! Kudos!

APECS BELGIUM IS PART OF

The Association of Polar Early Career Scientists (APECS) is an international and inter-disciplinary organization for undergraduate and graduate students, postdoctoral researchers, early faculty members, educators and others with interests in Polar Regions and the wider cryosphere. We are the National Committee of APECS in Belgium. Find out more

Meet one of our newest members!